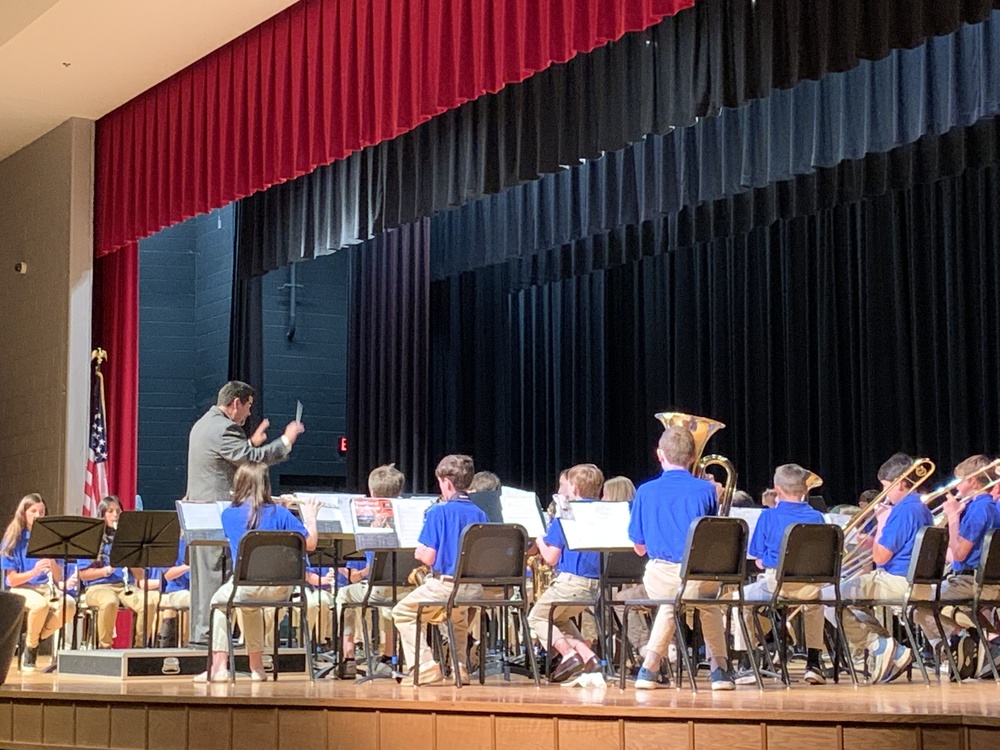 After almost two years of severe restrictions due to the pandemic, the Goochland Middle School bands performed in person at Busch Gardens and nailed it!

At the Music Showcase Festival:

·      Beginning band received first place and a superior rating in their division.

·      The 7th and 8th grade combined group received a superior rating and first place in their division.

·      Outstanding section of the day went to Caragh Fender for her bass performance in the concert.

·      And the 7th and 8th grade band earned the Outstanding Performance of the Day Award!

“The band program has been through so much during these past couple of years,” GMS Band Director Jay Sykes said. “The current eighth-grade group pretty much stopped in-person learning during their beginning year of band, and their second year of band was primarily done via Google Meet with a few kids in school.

“The seventh-grade group mostly learned from home on an iPad, and last year when the kids were in school, we played outdoors under tents until the weather became too cold. We then moved to the auditorium, masked and 10 feet apart,” Sykes said. “Most school things haven’t been ‘normal’ through COVID, but band/performing arts is a community type of class that requires students to be physically near each other to succeed.”

Despite those hurdles, the band program at GMS has bounced back – as evidenced by superior ratings based on Virginia Band & Orchestra Directors Association (VBODA) state standards. “They sound great, and I am so excited about them moving to the next band level and playing music with even more rigor,” Sykes said.

“The fact that all of our band students have achieved so much over the past two years is a powerful testimony to themselves as students and the power of music education. It further proves that fine arts education is crucial to successful and happy students.”